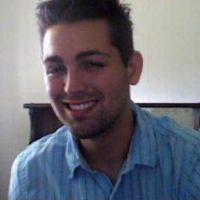 Author's Website
https://kyleperkinsauthor.wordpress.com/
Follow @KylePAuthor
It was only recently that Kyle Perkins discovered his love of putting his imaginative daydreams in writing for others to enjoy. He founded and managed some of the largest text-based roleplaying groups on Facebook, which sparked his passion for storytelling and helped him sharpen his skills as an author. Since the January 2016 release of his debut dystopian novel, Reddened Wasteland, Kyle has published three other works with plans to release several more in the upcoming months, including the second installment of the Reddened Wasteland series. He’s a dog person, an Aquarius, and he lives in Florida, though he’ll tell you he lives on the internet.
Tweet