Books Fantasy The Blight of Muirwood

The Blight of Muirwood 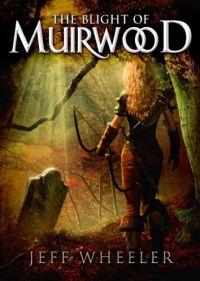 In The Blight of Muirwood, the second book in the Muirwood Trilogy, Lia finds herself filled with inner turmoil after the great battle of Winterrowd that led to the death of the wicked king and her closest ally. Despite her reservations, Lia is called to be an official protector of Muirwood Abbey and is charged to employ her magic to defend Ellowyn Demont, the lost heir of the fallen kingdom of Pry-Ree. Her duties are put to the test when the Queen Dowager arrives in Muirwood accusing the Aldermaston, the abbey’s overseer, for the king’s death. Amidst the turmoil, battle ensues, and Lia learns of a terrible plague that threatens to cover the land in darkness and death. Atop it all, the magic of the world begins to fail. In a quest to undo the devastation, Lia’s path brings her to a startling revelation that will change her life forever.

Lia the Wretched becomes a hunter and learns more of herself
May 07, 2017
Rating
4.0
One of the best compliments I can give for this series, Legends of Muirwood, is that it is one of the few fantasy series I have finished in awhile. This series made me want to come back for more and I wasn't disappointed.
Blight of Muirwood is the second book in the series and the main character, Lia, continues to mature and grow in her abilities. She is now the hunter for Muirwood Abbey which faces destruction by the forces of the evil Queen. Lia also has the issue that she is a wretched and who is love with a young duke. But can he love her back? Find out more about Lia as she grows and enjoy the action and romance/teenage angst in this second book.
I give this book a four out of five stars and can say that even at 14 hours or 453 pages that it moves very quickly. I'm not one too interested in teenage angst or romance in general but this book also had plenty of action and interesting mysteries that are uncovered. I recommend it to fantasy readers and young adults.